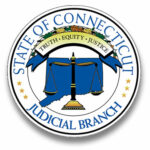 New Castle Hotels v. Zurich American Ins. Co., X07-HHD-CV-21-6142969-S (CT – Hartford Cty Sep. 7, 2021) reveals the limits of the CCLT trial court ruling box score.  The court denied the motion to dismiss as to the policyholder’s Louisiana properties but granted the motion to dismiss as to all other properties, on the grounds that the contamination exclusion barred coverage except in Louisiana.   (As many readers of this website know, Zurich policies frequently contain an endorsement with the heading “Louisiana” that, among other changes to the policy, eliminates the word “virus” from the contamination exclusion but does not specifically say that it applies only in Louisiana.  The court did not address in this ruling the argument that the endorsement applies outside of Louisiana.)

Under the CCLT coding system, the case is characterized as a partial grant of a motion to dismiss, which shows up in the box score as MTD granted.  There is a strong argument that any partial grant of a motion to dismiss should be regarded as a policyholder win.  That argument is quite strong in this case, because of the court’s ruling on the physical loss or damage issue:

Every type of coverage under the policy — for clean-up, lost business, etc. — is tied to “direct physical loss of’ or “direct physical damage to” property. But Zurich claims that there is nothing “physical” about the losses or damage flowing from the COVID-19 virus. Zurich notes that some courts in other jurisdictions have addressed this issue — remarkably even at the pleading stage –remarkably with little apparent deliberation. Yes. Zurich can cite decisions where courts, agree with it. Some of them merely note that claimants haven’t even alleged physical damage using the words “physical”. Others go further. The virus damages lungs not property, they say.

But can this merely be asserted to become true? Maybe this kind of result is the product of an expansive view of “plausibility” under the pleading standard adopted by the United States Supreme Court in Bell Atlantic Corp. v. Twombly.  But Connecticut’s standard prefers a ruling from the evidence rather than the gut. Practice Book §10-1 only requires a party to plead “a plain and concise statement of the material facts on which the pleader relies.”

New Castle has done this. Beginning at paragraph 32 of the complaint it alleges that the virus “is a cause of real physical loss or of damage to property”. It goes on to cite government and private sources to allege that the virus is extremely damaging to humans and can lie in wait for them by lingering for many hours on the surface of physical property — including for up three days on the plastic and stainless steel surfaces found in New Castle properties. It further alleges that the physical dimensions of affected physical pieces of its property can be microscopically damaged and changed by the virus. It warns of the possibility that a contaminated property can become a super-spreader viral incubator as the virus jumps from person to property to another person and back.

These are the very things Zurich says aren’t true. But of course who is right is a matter of evidence, and whatever the federal standard, Practice Book §10-1 specifically says that pleadings are to contain fact allegations and that they must not contain evidence.

But to get judicial notice that the virus makes no physical change to physical objects, Zurich would first have to demonstrate to the court that it is generally known that the COVID-19 virus does not degrade the molecules making up a physical object and that this is readily verifiable. And it has not done so. Pointing to scientifically unsupported conclusions from other courts isn’t enough. This court has nothing in front of it that establishes these two points as a matter of unquestioned science.