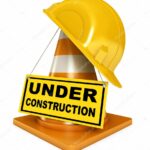 On September 21, 2021 U.S. District Court Judge Stephen Bough of the Western District of Missouri  issued a summary judgment ruling that sets K.C. Hopps v. Cincinnati for trial.  Judge Bough held: “Whether the virus was present on Plaintiff’s premises, whether it actually caused a physical loss or physical damage to Plaintiff’s premises, and the extent of Plaintiff’s damages due to that ‘loss’ are genuine issues of material fact which preclude summary judgment.”  Judge Bough distinguished the 8th Circuit’s ruling in Oral Surgeons on the grounds that the plaintiff had alleged facts sufficient to establish physical loss or damage under the policy and held that the plaintiff had presented sufficient evidence to get to a jury on that issue.  Accordingly, Judge Bough denied the insurer’s summary judgment motion on the physical loss or damage issue.  The trial date is October 25, 2021.  Stay tuned.

By any measure, this ruling represents a significant policyholder win, especially in the current context.  Yet, because Judge Bough granted the insurer’s summary judgment motion on the ingress/egress issue, the ruling is displayed on the CCLT website as “Insurer MSJ Granted.”  The CCLT database accurately allows summary judgment rulings to be coded as full or partial, but the trial court rulings webpage doesn’t yet reflect that distinction.  We are working to fix this.  In the meantime, readers should understand that, notwithstanding that Cincinnati’s MSJ was granted (in part), the ruling belongs in the “loss” column for insurers.