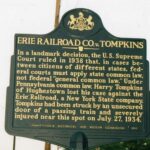 When the COVID-19 virus and attendant restrictions burst on the scene during Spring 2020, contested coverage claims were expected.  What has surprised most everyone, however, is the amazing insurer success to date in defeating those claims via motion.  Insurers have prevailed more than 90 percent of the time in federal court (although “only” two-thirds of the time in state court, less if dismissals without prejudice count as a policyholder win).

Also surprising to most observers is that insurers have been winning not because of the ISO-drafted virus exclusion issued in the wake of the SARS epidemic of the early 2000s but by convincing (largely federal) trial judges that policyholder premises (air or surface) have not suffered “physical damage” and that government-mandated prohibitions on use of policyholder property are not a “physical loss.”  As a result, policyholders have thus far been unable to obtain coverage even where the policy in question lacks a virus exclusion.  Insurers, even those with strong virus exclusions, defended on the no-loss-or-damage argument, with the argument succeeding beyond expectation.

We explore this phenomenon in our recently published article Infected Judgment: Problematic Rush to Conventional Wisdom and Insurance Coverage Denial in a Pandemic, 27 Conn. Ins. L.J. 185 (2020), which went “to press” in late 2020.  Since that time, the insurer win rate has proceeded apace.  As discussed in the article, the facial, dictionary-supported textual meaning of the terms at issue provides a strong argument for coverage when government orders prevent policyholder use of property or the property is afflicted with COVID in the air or on surfaces.  To be sure, there are solid arguments to the contrary that insurers have marshalled.  But in our view, the insurer-favored arguments are nowhere near strong enough to justify their more than 90 percent win rate in federal court.

As detailed in our article, we attribute much insurer success to the industry’s early and effective public relations campaign, which appears to have been at least subconsciously accepted by federal trial courts, contending that COVID-19 coverage would financially ruin insurers.  As detailed in Infected Judgment, it is hard to find a better explanation for the disappointing performance of federal courts to date.  Their “analysis” of COVID-19 coverage disputes has too often been glib, superficial, conclusory and sometimes in de facto disregard of the ground rules of contract construction and applicable state insurance law precedent.

The problem we identified in 2020 has only gotten worse in 2021 as federal courts in the most recent decisions largely have eschewed fresh analysis in favor of treating the issue as determined by what one might term the “first wave” of trial court decisions.  At least in federal court, a cascade effect appears to have taken hold, with attendant reflexive resistance to COVID coverage rather than the closer and more sophisticated analysis the matter deserves.

The federal bench may still recover from its judgment infected by the insurer influence campaign as circuit courts weigh in on the coverage issue.  However, the one circuit court decision to date (Oral Surgeons, P.C. v. Cincinnati Ins. Co. (8th Cir. July 2, 2021) is not encouraging.  If state high courts ultimately refute the too-often simplistic assessment of federal courts, the saga of the COVID coverage wars will not reflect well on the legal system.