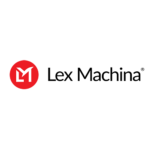 To compare the impact of Covid-19 with that of other recent catastrophic claim events within the property insurance industry, I analyzed business interruption claims in federal courts from 2009 through the present day using LexMachina’s Insurance Litigation Analytics.  My results appear in the graph below. 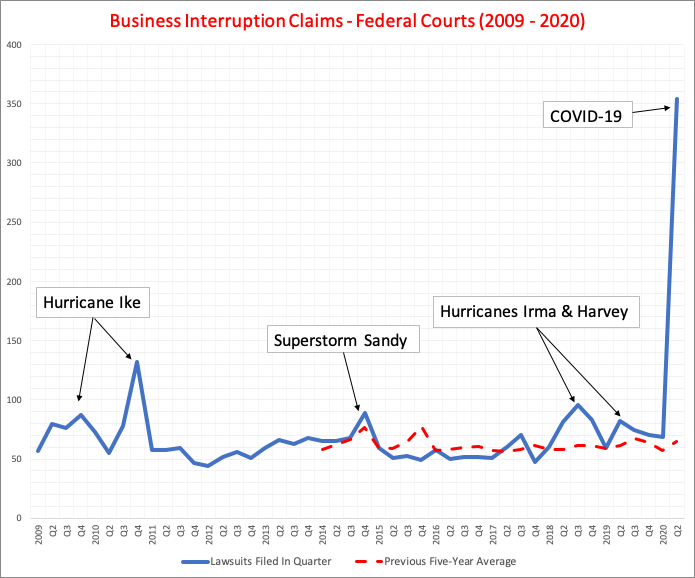 This graph shows (a) the number of business interruption cases filed in or removed to federal courts, by quarter, during the years 2009-2020 and, (b) beginning in 2014, the rolling, previous five-year average of business interruption court cases.  (I selected 2009 for the initial year because that is the earliest year for which Lex Machina has the complete universe of federal cases.)

Unlike previous natural disasters, the impact of COVID-19 is not limited by a regional zone of impact.  This national character is reflected in the federal case filings.  The top five courts for Covid coverage cases range from the E.D.Pa. to W.D.Wash.  By contrast, Hurricane Ike caused spikes in business interruption claims in the S.D.Tex. while Superstorm Sandy caused a sharp rise in these case type filing in the federal district courts of New York, consistent with the geographic impact of those storms.