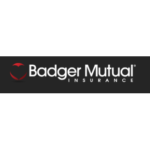 As nearly every Covid-19 coverage litigation complaint alleges, the current pandemic was, for most people at least, an unexpected and unprecedented phenomenon. As a result, almost none of the insurance policies currently being litigated contain express references related to this kind of event.  Instead, they simply contain the provisions commonly found in standard Business Income, Extra Expense, and Civil Authority forms.

For example, in Project Lion LLC v. Badger Mutual Insurance, the insurance policy contains a form for Business Income and Extra Expense coverage, which is typical in most policies cited in Covid-19 business interruption cases. It also contains a Virus and Bacteria endorsement that excludes losses resulting from contamination or denial of property access due to any virus. This is also common in many Covid-19 coverage litigation cases. As plaintiffs’ counsel for many of those cases argue, here counsel also argues that this exclusion does not apply because the business income losses were not caused directly by the virus, but rather were caused by precautionary measures to prevent the spread of the virus. Project Lion stands out as a unique case, however, because, according to the complaint filed in the case, it has one of the only policies that contains an exclusion for civil authority rather than coverage for it, stating “[w]e do not cover loss caused by order of civil authority, including seizure, confiscation, destruction or quarantine of property.” Also notable about this particular policy, this civil authority exclusion specifically mentions the term “quarantine.” Therefore, a major aspect of the case will turn on the definition of “quarantine” and whether the allegedly precautionary stay-at-home and shelter-in-place orders fall under this definition. Since Project Lion is a proposed class action case with both a nationwide class and a Nevada state class, the definition determined by the court could have far-reaching impact.

Another policy that contains specific mention of the word “quarantine” is found in Bauer v. AGA Service Company, another proposed class action with a nationwide class. The policy here deals with travel insurance rather than business interruption.  It provides affirmative Trip Cancellation Coverage if the traveler or someone in their group is quarantined. Unlike the Project Lion case, “quarantine” is defined in the Bauer policy as, “mandatory confinement, intended to stop the spread of contagious disease to which you or a traveling companion may have been exposed.” This definition encompasses the precautionary aspect of the stay-at-home order that the Project Lion plaintiffs used to argue against the application of the Virus and Bacteria exclusion. Still, it remains to be seen whether the court will agree with the Bauer plaintiffs that the stay-at-home orders fall within either policy’s definition of quarantine.